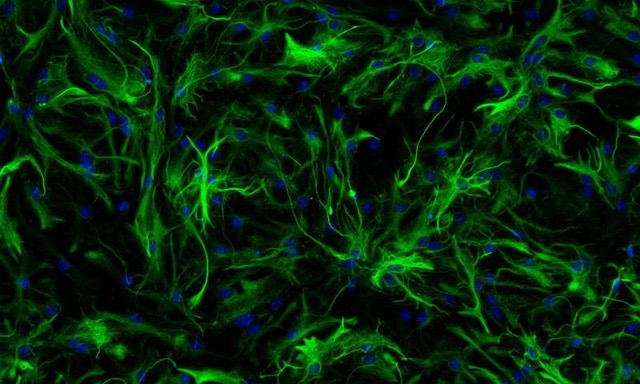 Exactly how acupuncture can treat pain is still a bit of a mystery although empirical evidence from clinical trials supports the claims that it does work and the treatment of pain is probably the most broadly accepted use of acupuncture by orthodox medicine.

From a medical science perspective the analgesic effects of acupuncture must be mediated via the nervous system, however a conundrum arises because although some acupuncture points are found in zones dense in nervous receptors, many are not.

A recent discovery published in the journal Science (Hind Abdo et al, 2019) of a previously unidentified type of pain receptor found in the skin may throw some light on this subject.

These pain receptors, referred to as nociceptive glio-neural complexes consist of a network of cells called glial cells which are already known to surround and support the body’s nerve cells.

Professor Patrik Enfors who co-authored the study at the Karolinska Institute, Sweden,
found that glial cells not only can sense heat, cold or pressure pain (pinprick), but can also either sensitise or deactivate their associated neurons.

The name Glia is derived from the Greek word for ‘glue’, a reflection of 19th century scientists belief that their main function was to structurally support the nervous system.

However it is now known that glial cells have many other important functions, including modulating the speed of nerve transmissions and uptake of neurotransmitters, as well as regulating immune functions.

The traditional description given in Traditional Chinese Medical texts locates the acupuncture channels (meridians) as being between the muscles and the skin with acupuncture points described as being like wells where these channels can be accessed via the skin.

The Chinese term for the acupuncture channel system is Jing Luo. The meaning of Jing has often been translated as water channel, but can also mean ‘silk’ which may actually refer to the physical appearance of fascia on post mortem.

Some acupuncturists and physiotherapists
already suspect that the Jing Luo may correspond to the fascia, connective tissue with semiconductor properties which lies between the skin and the muscles and surrounds and interconnects every organ and structure in the body.

As it turns out, glial cells are part of the connective tissue system that exists throughout the entire body, as well as forming 90% of brain tissue!

Traditionally the nervous system was seen as the way the brain and body are interconnected. In fact the Nervous System and the Connective Tissue System are one integrated system that controls communication allowing for instantaneous processing of input and output with the external world.

In conclusion, acupuncture may indeed influence physiological functions within the body via the nervous system, but does so indirectly being mediated through the connective tissue system.