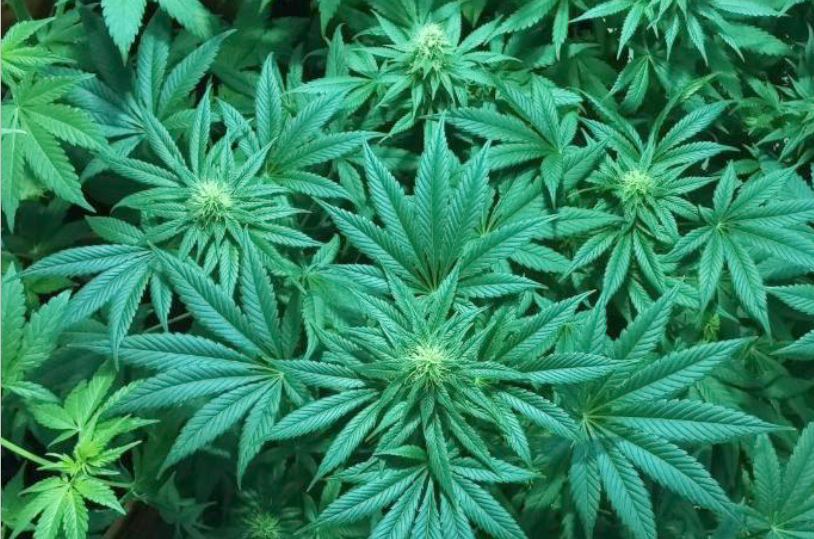 Sleep, or lack of it, has recently become a worrying health issue. It seems that people are getting less of it than in the past and often of a poorer quality too. Probably related to our interconnectedness to a 24 hour world via computers, smartphones and tablets, we seem to be finding it increasingly difficult to switch off at night and get a good nights sleep, but also due to increased alcohol consumption and the stress of financial and work related insecurity in a fast changing and increasingly competitive workplace.

A number of traditional herbs are available to address insomnia, mostly sedatives like Valerian, Hops, Passionflower or Wild Lettuce which are a safe and mild alternative to highly addictive pharmaceutical sleeping tablets. However many people find these herbs are not strong enough if their insomnia is severe or chronic. A recent new arrival on the scene which is natural, but significantly stronger and more efficacious than other traditional sleep herbs is CBD or cannabidiol.

Cannabidiol (CBD), a phytocannabinoid, is found in the sticky oily resin that can be extracted from the flower buds of Hemp plants (Cannabis sativa). Cannabinoids are biochemical compounds that can bind to receptors in the body altering neurotransmitter release in the brain.

The most well known cannabinoid is THC (tetra hydro cannabinol) which is the main psychoactive compound found in Cannabis resulting in it being classed as an illegal drug. THC has a number of side effects that make it undesirable as a medicine, such as stupor, drowsiness, lethargy, inability to concentrate and in sensitive individuals can induce paranoia and even psychosis.

However, recently a lot of attention has been focused on the other major constituent CBD because it does not have the psychoactive properties of THC nor its side effects, but does have some interesting and potentially useful medicinal properties.

Cannabis plants have a wide genetic variation and can have either a high or low levels of THC or CBD. Commercial CBD extracts are derived from industrial Hemp which is grown for its fibre and seeds (used as animal feed or to make a high quality oil rich in essential fatty acids), but also has a high CBD content (upto 40%) and very low THC content (it must contain less than 0.2% THC under UK regulations).

I have found CBD to be the most effective herbal extract by far for treating insomnia, totally outranking traditional sleep herbs like Hops or Valerian. Interestingly it doesn’t make one feel particularly drowsy, but once taken you fall asleep quickly and even if you still wake in the middle of the night, instead of lying awake for hours you fall asleep again quickly.

I tested out Uncle Buds brand CBD which is currently on offer at Healthzone, choosing the lower strength 10mg/dose product (they also do a stronger 25mg/dose version). I found that a single 1ml squirt (10mg) before bed was effective to get me to sleep, keep me asleep longer and if I woke quickly I fell asleep again. I also tried only taking it if I woke in the night (and felt I would lie awake for hours) and again I fell asleep quickly. If I took it before bed I didn’t find it left me feeling drowsy next day, but when I took it during the night when I woke I felt a bit drowsy in the morning, but this quickly dissipated once I got up.

Health Zone sell a wide range of different brands and strengths of CBD extracts. A standardised effective dose needs to contain 10mg of CBD which can be taken at night before going to sleep for insomnia.